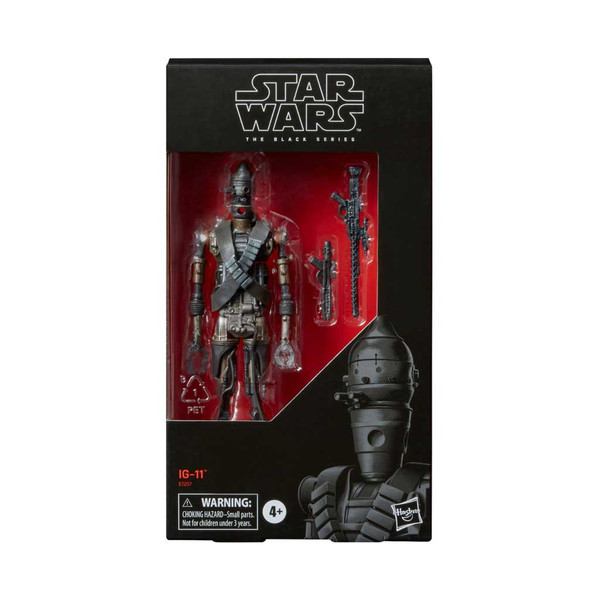 IG-11, also known as Eyegee-Eleven or simply as IG, was a programmed IG-series assassin droid who was a bounty hunter during the New Republic Era. IG-11 was programmed to follow protocols of the Bounty Hunters' Guild, and had a built-in self-destruct mechanism to prevent himself from being captured while working as a hired gun.

The amazing Star Wars The Black Series IG-11 6-inch Action Figure - Exclusive brings you the bounty-hunting droid from the popular streaming series The Mandalorian as a super-detailed action figure with multiple points of articulation!