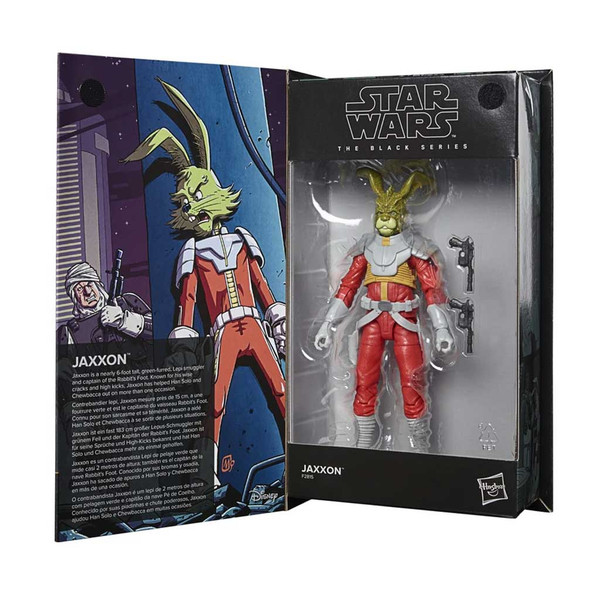 Jaxxon was a quick-witted Lepi smuggler from Coachelle Prime. He was an acquaintance of Han Solo, a fellow smuggler turned hero of the Rebel Alliance, whom he regarded as an inferior pilot.

In the Marvel comics, Jaxxon is a 6-foot tall, green-furred, Lepi and captain of the Rabbit’s Foot. Known for his wisecracks and karate kicks, Jaxxon has helped Han Solo and Chewbacca out on more than one occasion dating back to the earliest days of what would later be known as the Expanded Universe. Star Wars The Black Series Jaxxon 6-Inch Action Figure comes with 2 comic-inspired blaster accessories that make great additions to any Star Wars collection.