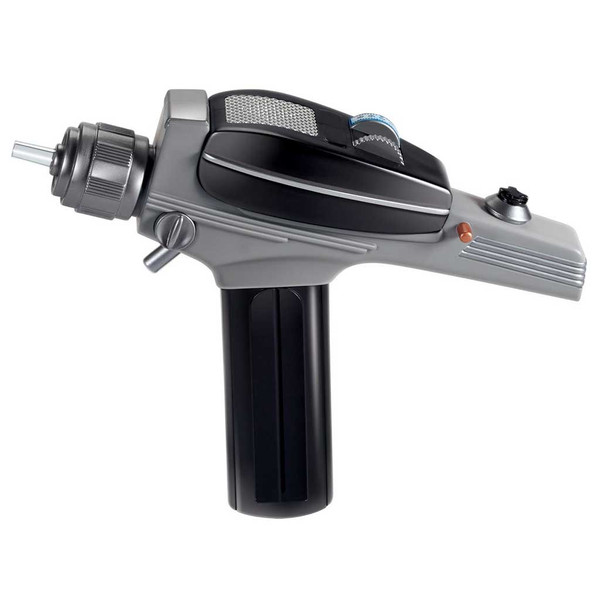 In 2063, Earth made its first contact with an alien species, launching the planet and its inhabitants onto an interstellar stage. In the next century, United Earth established a space exploration and defense service called Starfleet and co-founded The United Federation of Planets, a benevolent organization of hundreds of worlds. The chronicles of Starfleet are collectively known as the Star Trek Universe. This Type II Phaser was Starfleet’s standard-issue sidearm from the Original Star Trek Series. With various power settings, this versatile hand-held weapon was used by all Starfleet personnel and could disrupt or destroy the molecular energy in any target.

Ages 8 and up
CHOKING HAZARD -- Small parts. Not for children under 3 yrs.

The Lord of the Rings Frodo Pop! Vinyl Figure #444