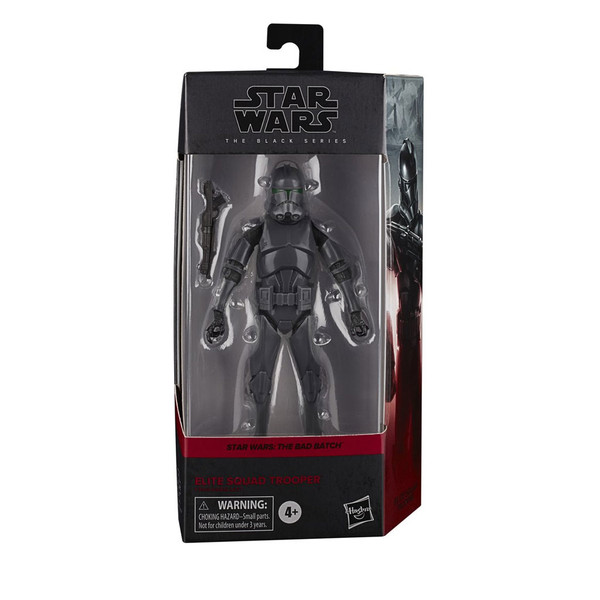 Fans and collectors can imagine scenes from the Star Wars Galaxy with this premium Elite Squad Trooper toy, inspired by the Star Wars: The Bad Batch animated series on Disney+. After the formation of the Galactic Empire, a small group of highly skilled enlisted recruits is tasked with neutralizing anti-Imperial insurgents throughout the galaxy.

This 6-inch trooper includes a blaster and top-notch articulation which go great with the positive mutations in their gene pool.